Shame On You: The Story of a Sex Worker 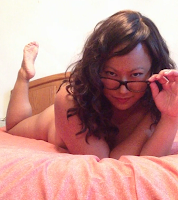 It’s an odd thing to think that I work in the sex industry.

That, in the loosest of terms, I am a sex worker.

While I tend not to be overly autobiographical in my fiction, my most recent short story, Overtime, is about something that I personally—and many others just like me—have had to deal with. As the show Dexter pointed out, “There’s your public life, your private life, and your secret life” and rarely do the three ever mix well.

For me, I understood the risks when I started this journey, The choice to put my face, my name, my thoughts out there...I understand my choice not to hide. The internet is vast, but it was only a matter of time before someone from my public life (those at my job) or my private life (my family and friends and acquaintances) stumbled across my secret life here.

Even among the people who know me—truly know me—it baffles them to think that “a woman could be intelligent, educated and CHOOSE to be a sex worker.” And, in a way, I get it. It is often a thankless undertaking. These entertainers provide a valuable and much needed and much desired service, yet get little to no respect for it. We, more often than not, get ridicule, scorn, and harassment. Look at Belle who was “called a ‘slut who needs to learn the consequences of her actions,’ a ‘huge fucking whore,’ and, perhaps the most offensive, ‘a little girl who does not understand her actions’ ” just for doing a job she enjoys and that is enjoyed, likely by the very same people pointing and wagging their fingers and calling her names. The more I do this—the deeper into this world that I get—the more it feels, looks, and seems like the loudest voices against what we do are “the very same people that encourage us to be sexual (‘come on, baby,’ ‘you know you want to," "you're so hot’).” The porn problem is so much less about us as it is about them.

The sad fact is that we too often think of sex as “something women ‘have,’ but that they shouldn’t ‘give it away’ [...] and sex is something she does for a man that necessarily requires losing something of herself, and so she should be really careful who she ‘gives’ it to.” We assume that, instead of being something we control and enjoy and can be empowered by, “sexuality and sex ‘reduce’ women.” Always and without exception.

So we hide it. Hide from it. Ignore it. Like some Judas to our own desires, we flat-out deny it. When it comes to sex, “Society tries to tell women that our worth is contingent upon the secrecy of our sexuality, but I will not be silenced.”

Like Belle, I will not be silent. I think sex and sexuality are meant to be explored, enjoyed, and celebrated. They are as much a part of me as my intelligence, my creativity, my sense of humor, the love I feel for the people close to me. To quiet it, to tamp it down, to tone it down...no one would ever dream of asking me to do so with the other sides of myself; what makes this so different? It is who I am and how I choose to express myself. Like Belle, my “alter-ego is liberating. It’s probably the most empowered I have ever felt.”

It’s a side of myself that doesn’t always get to come out and play. Who so often has to take a backseat to propriety and community standards and has to play by someone else’s rules that never really made much sense. Because, in a world that looks down at women who embrace their sexual sides, I “haven’t ever felt really welcome [...] But when I’m in Pornland, I feel at home. This is where I’m meant to be, with these people who love sex and are comfortable about it.” It is the place where I get to “wear my Scarlet Letter with pride.”

And, in the end, this “is the story of both fitting in and standing out, and not knowing which of these competing desires to indulge.” Of looking for a place and a people to belong. A family and a home where you’re seen—the public, private, and secret parts of you—and accepted absolutely.