Put It Inside You - Part One 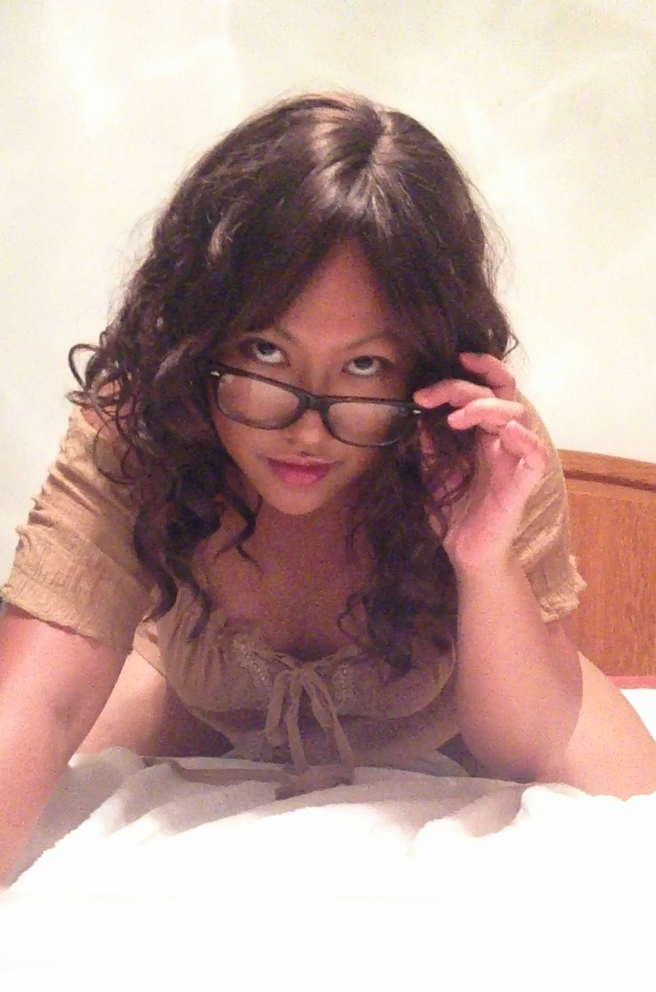 Brought to You By
Week One Excerpt - Part One
Welcome back to the wonderful world of NaNoWriMo, where I try to write a novel in a month. Just like last year, here's an excerpt from what I've done for Week One of this literary adventure. As always, please enjoy.

Pip Jones shoved her apartment door open with her hip, juggling her keys and groceries in her overburdened grasp. With a sigh, she looked around her apartment. It was messier than she remembered; it wasn’t as if she’d really been in the mood to clean in a while.

On a sigh, she kicked the door closed behind her, throwing the lock with her elbow, before heading to the kitchen. She unpacked twist-tied bags of vegetables, sealed cartons of pre-washed herbs and greens, and fancily labeled bottles of vinaigrettes.

She had friends who thought she ate things like salads and fruit to stay thin. Nah, she was naturally skinny—always had been—and it didn’t much matter what she ate. God knew, her Paula Deen-loving mother—even after the whole racial slur controversy—had feed Pip plenty growing up.

No, it was just that washing and cutting up produce was just easier than actually cooking for a single person living alone. Made her feel less lonely somehow. Like they weren’t really meals, more large on-the-go snacks. Without the mess of cooking or clean up—without the effort or time put into it—she didn’t have to think about the fact that, most nights, she ate alone.

Sure, for her job—and, yeah, for pride—she played up the persona of the party girl. And, sometimes, that story was true. She had friends. Had a community. Even had play partners and friends with benefits whom she casually saw on occasion.

If she wanted, she had people she could call. Friends she could grab dinner or a drink or more with. She could always head downtown to Donovan’s and find herself some fun. It wasn’t as if she was without options.

But, with her last serious partner, Hayato, busy with his new relationship, he didn’t really have time for Pip or anyone else anymore. And there just wasn’t anyone that she really wanted to play with aside from him right now.

It was sad and didn’t make any sense. She was, in all humility, a pretty amazing catch. Attractive. Successful. Funny and a good time. She was bisexual and moved well in the poly and kinky circles. One would think she’d never be in want for some company.

But, for all her options, if she wanted something, she had to be the one to go out and get it. Which usually suited her just fine. She was assertive—maybe even a little aggressive—when it came to the things she wanted. She had no problem being the one who chased down her own good time.

But, sometimes she thought, it would be nice to be pursued. To have someone else doing all the chasing.

And, sure, she got it; when you were the person who always did the chasing, it never occurred to the people you pursued to chase you. It became the default assumption that, if you wanted to see them, you’d come to them. And, if you didn’t, they assumed you were off chasing something—or someone—else.

Pip’s lip curled in a humorless smirk. If they only knew the truth, she thought as she tossed almonds over her salad-made-for-one. Chasing took a lot of energy. And she could never be sure who would be free or interested. She’d spent nights calling up and down her contact list, only to end up staying in still alone.

And, even if she were able to set up a date or a scene or a hookup, it was usually assumed that she would plan the evening’s events. Figure out the time, the place, the activity—to say nothing about the obligatory food and drink that her mother had brought her up to see as just common courtesy. And then there was also the time and effort it took to get ready—to look and dress just right, to tidy her home and lay out condoms, lube, toys, and whatever else she might need for a night of fun.

And, yes, most of the time, she thought the whole thing—all things considered—well worth the effort. But, some nights, it was just easier to be alone.

So, Pip settled down on her huge, overstuffed, leather couch and ate, shoveling huge mouthfuls of food with one hand as the other navigated through research on her laptop.

She was just finishing up an article about scientists who examined the fMRI scans of a couple having sex, so they could see actual images of what sex really looked like internally, when her apartment manager called her to tell her about a package that arrived earlier that afternoon.

After putting her dishes in the sink, she went down to her manager’s apartment to pick up a fairly large package from Puss ‘n Boots, one of her favorite sponsors. Owned by her oh-so erotically entrepreneurial friend, Hallie Hannings, Puss ‘n Boots offered a place for smaller manufacturers and local artisans to sell their wares, which Pip absolutely loved. But what she selfishly loved most was that, in exchange for reviews of their products on her site, the local adult toy boutique sent Pip a wide array of free samples.

Pip reached out and grabbed her phone. A girl who firmly believed in sharing her riches, she really ought to call someone. She could try Hayato. He and Max were in an open relationship and still played with other people from time to time. But, the last three times she’d tried him, he’d been busy with a trial, Donovan’s business, or Max. And Pip just didn’t want to deal with his voicemail again.

There was Sara, a puckish bottom who spat fire and burned hot. But Pip wasn’t in the mood for and definitely didn’t have the energy to top tonight.

Mistress Vera was out of town at a kinky convention. Rand was undercover somewhere in the city on a vice case. Solomon was sick with the flu.

Pip sighed and ran down her phone’s contact list. Pursing her lips, she admitted that she did have a handful of numbers that she could call for some one-night, strings-free sex. But, by now, she knew strings-free didn’t always mean less complicated and whole the idea just made Pip feel exhausted.

So, instead, she pulled out her brand new toys and laid them out on her bed. She flipped off all the lights except for her bedside lamp and turned on her stereo, settling on some lyric-less jazz.

Closing her eyes, she lay down on her bed next to the toys and let her mind let go of all the day’s stress—Phil, Sam, work, and her empty apartment—and let her imagination wander.

Email ThisBlogThis!Share to TwitterShare to FacebookShare to Pinterest
Labels: Brought to You By, Donovan's Door, NaNoWriMo, Pip, Stories