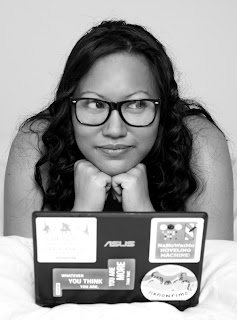 So I don’t listen to metal. I’ve probably heard a Lamb of God song before, but can’t think of one off the top of my head. I’m not a part of that particular community, but I feel a certain affinity to it today.

A friend sent me this and I just couldn’t stop seeing the similarities.

"From the perspective of folks who are not a part of our scene, these seem to be the actions of insane people. […] convincing these judges that our show and others like it aren’t some sort violently nihilistic orgy of hate and self-destruction took a little doing. Explaining [...] what you and I take for granted as people having fun at a show was one of the biggest challenges I have ever faced. It was like trying to tell a person who has been blind from birth what the color purple looks like. People outside of our scene cannot be expected to understand the way we act at shows without a lengthy explanation, and even then they may just think you are crazy."

This friend of mine described the moshing and slam dancing that happens at these concerts  as “controlled aggression.”

In kink, what we do is kinda crazy. From the outside looking in, it will not—cannot—make sense. It looks unhealthy, dangerous, harmful, and threatening. And, taken from a certain perspective, it is.

What we do has risks. Very realizable risks. For all the safety precautions and controlled settings we put in place for the betterment and safety of our players, the entirety of the kink world is wrapped up in risk. It is built on risk. Cannot actually exist without risk. It’s a way to experience and explore the darker sides of ourselves. A way of letting that darkness out, even as we let that darkness in. It is an experience that, try as hard as one may, can never truly be explained—believe me, I try every day. The hardest thing to convey—and the most common question I get as a kinkster—is “What is the appeal?”

Why do I do this? How could I even like this?

And, often, I’ll quote studies—because I’m a know-it-all nerd and have armed myself with a ridiculous amount of facts—that show how pain and pleasure are processed through the brain quite similarly. How there are receptor sites and erogenous zones all over the human body that prove that the play we engage in really is more about pleasure than it is about pain. How endorphins and adrenaline and brain chemistry and wiring during play looks a hell of a lot like it looks during sex. How, on average, the fantasy of kink—even if not the reality of the lifestyle—is far more common than people realize. I can cite the science that backs me up.

But, at the end of the day…

I like it because I do. Because I was wired that way. Because it speaks to something inside me. It sparks something inside of me that very few people in this world will ever know or understand or even conceive of. It’s so easy to see just that darkness and forget that we—the people inside it, the people giving and taking and living within it together—are the thing that keep us light. It’s why I love the idea of community so much, even if my own community and I haven’t always been on the best of terms with each other.

My metal-loving friend had said that, yes, the goings-on of a metal concert can “seem violent, but it's really a bonding experience. Everyone is super courteous and respectful and everyone is aware and accepting of the inherent risks. If someone falls down, you've got three people offering to pull you up.”

I’m such a fan of that. That sense of unity. That belief that we’re all in it together. Most small communities share that kind of sentiment. It's the basis of forming any niche group. We already feel a little like outsiders, a little rejected and misunderstood and often misrepresented by the larger world as a whole; we have to take care of each other. We’re too small a group not to.

I think Blythe put it best: “This is our community, and we should take care of each other. A show is a place we are supposed to be together, having a good time, supporting one another. The real world will beat you down enough- we don’t need to get stomped on at a show. Give each other a hand."

We need to be carefully.
Posted by Sonni de Soto at 3:16 PM