Tie Me Up, Please - Part Two 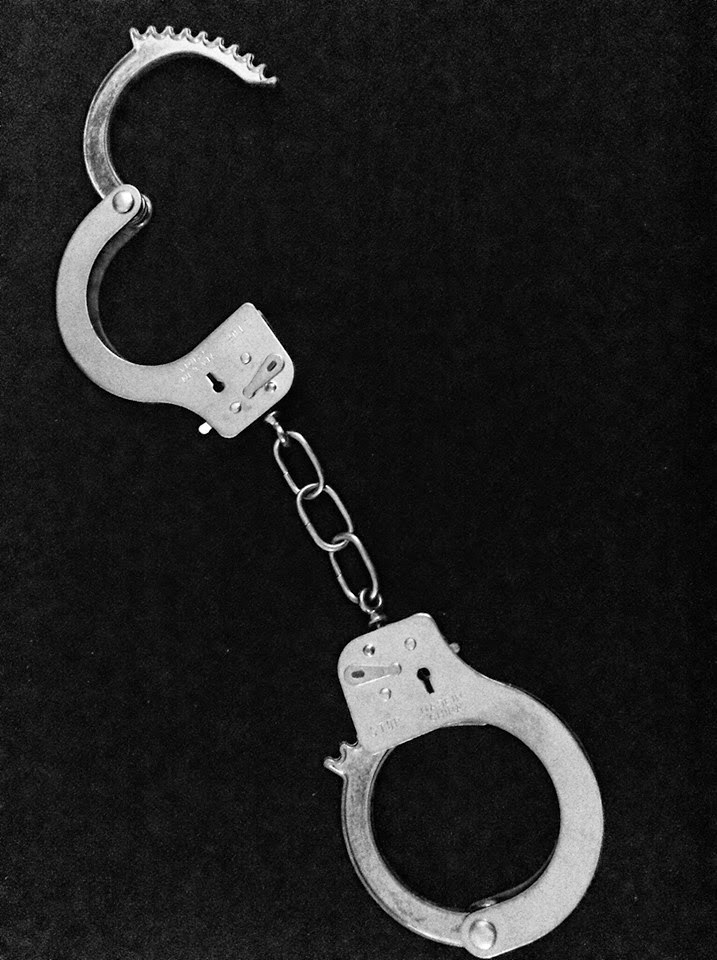 One Man's Treasure – Part Two
Read Part One Here
I thought it would be fun to release this back history story. This is Max's first real kinky experience long before Show Me, Sir ever took place. Hopefully, it can give you a little perspective on how she became who she is. Please, enjoy.

Ah, yeah. His heart skipped and his cock jerked. He was panting. And he didn’t care. He shuddered at the thrill of a playfully wicked woman wielding her weapon at his helpless form. His body tugged against his bonds, feeling the chair waver without giving.

He hissed and tensed as he heard the squealing, metallic scratch as the scissors sliced through his shirt. He looked down at the small slit as Max laid aside the scissors. He groaned as she gripped the two sides of the rip in her tight fists before yanking, rending his shirt in half. His chest heaved as she bared him. His back bowed as awareness—a heightened rush—hit him.

“Better,” she mused as she ran her hands—just the hint of her nails—down his chest. “Definitely better.”

“Miss Fair Play,” he grunted out as her fingers dipped just beneath the elastic of his gym shorts, “how about a little turnabout?”

She smiled and nodded concedingly before she lowered onto all fours. Crawling up his legs, she straddled his thighs. Her hot core settled and rubbed against his hardening cock. He groaned as her hips dipped, pressing herself harder against him, fitting their bodies tightly.

She caught his gaze, holding it daringly. “Don’t look down,” she purred as she reached for the hem of her shirt.

Oh, that was mean.

He grinned as he steadfastly locked his gaze on hers. Even as the hint of bared flesh teased his periphery, he kept his eyes up. Almost out of his vision, he could see the tempting flash of soft, round tummy. The decadent dip of her navel. Dear God, the rise of her full, lush, stacked breasts.

The nipples got him. He was fine until those pink nipples, flushed a deep rose, peeked out from beneath the rising material, drawing his gaze magnetically down. He couldn’t help it.

Maybe he was weak.

She laughed as she tossed her tank top aside. “You’re so easy.”

Was that better or worse than weak?

And did it even matter when her perfect breasts were all but in his face?

He leaned forward—pulled his form almost painfully taut—to capture one nipple in his mouth. He suckled her as she wriggled over his lap. He was switching to the other when she began skinning off her shorts and panties. But he barely got his lips around the sweet bud before she pulled out of reach, discarding the cloth in her hand with a quick flick over her shoulder. He pouted, disappointed, until he felt her hands skimming his shorts down. With a relieved sigh, he lifted his hips.

His whole body jerked as she freed his semi-hard dick. She smiled as she wrapped her hand around him. He moaned as her warm hand squeezed. She stroked him, slow and sweet. Teasing him with it as she stared into his heated gaze. With slow deliberateness, she leaned down to take him into her mouth, watching him watch her.

She sucked him deep into her mouth, laving him with her tongue. He lifted his knee slightly to press against her hot, damp pussy, making her moan around his shaft—a sound he could feel deep in his gut. She gyrated against him, grinding her clit and slick lips into his knee.

His back arched as he let his head fall back onto the chair’s densely stuffed cushion. Ah, damn, it was good. She was good. The feel of her mouth on his cock was mind-robbing, a lick of fire against his senses. God, he wanted to grab her head. Wanted to bury his fingers in those fiery strands and move her. Faster. Harder. Wanted to hold her to him.

His wrists wrenched against his bonds, begging for freedom. His body pulled the chair millimeters forward, dug it deep into his back. “Max,” he grunted, the sound a guttural plea. “Max.”

She gave him one last, long suck, pulling every thought and feeling in him down with every move of that delectable mouth. Then she released him, making him cry out in a maddening mix of relief and disappointment as she left him.

And then she was there, sliding a condom on him. It shouldn’t have been so exciting. The act itself so perfunctory and matter-of-fact. A necessary and ordinarily ordinary task. Done with more haste than seduction. But, because it meant an end, a release—his release—every touch felt like a caress.

And, when she finally lifted herself over him, coming to kneel over his lap as if it were an altar, he whispered husky words of gratitude like prayer. Her wet pussy gripped him as she sank his cock deep inside her. Her arousal like molten lust as he thrust his hips up in grateful, greedy greeting.

His fingers dug into the cheap carpet’s shag as she rode him, her slick sheath so tight as her strong legs lifted her up and down on his willing body. He bucked beneath her too but, bound, he could only move so much.

It should have been restricting. Frustrating.

But, instead of wishing the ties away, Rob felt as if they heightened everything. Made him forget about finesse or impressing Max with moves or positions. Took him—as a lover, an actor—out of the equation. So used to fucking a woman, he was now being fucked. Those simple strips of cloth were making him face his pleasure. No holds. No bars. No responsibility. No control.

With an almost painful cry, he came. Without choice. Without will. Without mercy, his climax ripped through him as he arched against the heavy, unmovable chair.

Incapable of thought for long moments, he just breathed, letting the intense sensations flow through him. He had never come so hard. Never felt so replete. He’d never felt so supremely satisfied.

She’d done this for him. He knew that. She’d likely gotten little more than a crazy college-sex story. She hadn’t even climaxed. But, while no big deal for her, she had made his fantasy come true; he owed her at least an orgasm.

If she’d let him.

Rob twitched as he felt Max reach for one of his wrists. Languidly, he turned to watch her untie his now stiff limbs. He shuddered as she rubbed at the now raw, marked skin where the ties had pulled tight. “Doesn’t that hurt?” she asked as she laid a gentle kiss just above the slightly bruised skin.

He shook his head. “A little sore,” he admitted, flexing his other arm as blood rushed freely again. A little sore, sure, but so worth it. He was going to make it up to her. Was going to show her how much he appreciated it. Appreciated her.

He should find a way to do the same for her, to return the favor.

He wanted to be worth the effort. Because—whatever she asked—this was worth it.

So he wrapped his still stiff arms around her, cuddling her close. He kissed the top of her head, the soft, vibrant strands tickling his face. “So,” he asked her, his voice still raspy with slated lust, “what’s one of your fantasies?”

Please check out my novel Show Me, Sir from Sinful Press that celebrates feminist kink!
Available Now On
Your Choice of These Digital Stores 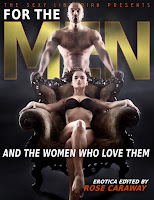 Please check out my story in The Sexy Librarian's anthology that gives us a bold peek into lust and love from the male perspective!
Available Now On

Your Choice of TheseDigital Stores

LEARNING A NEW WORLD
Please check out my novel The Taming School from Sizzler Editions that explores discovering kink!
Available Now On
Your Choice of These Digital Stores
And Listen to an Excerpt

YOU'RE INTO WHAT?!
If it exists, someone’s kinky for it! Check out my story in SinCyr Publishing's anthology that takes a walk on the weird side: you won’t regret it.
Available Now On
Your Choice of These Digital Stores

Find even more great reads and Put Your Money Where Your Orgasm Is!


Also, find out how you can support me and collaborate with me on my Patreon Page!
Posted by Sonni de Soto at 6:45 AM