Insight to the Sexiness of Men 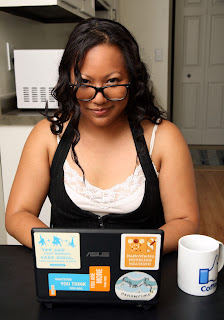 As modern women, I think we take a lot of dating-and-mating norms for granted.

Recently, I've read some interesting posts about perspectives I peripherally knew but never really understood, much less stopped to take the time to really think about.

The first was a post about men and their experience with being sexy. I'd never really thought about it the way the poster describes it; the idea that men so rarely are told that they're attractive.

Then I saw this, which again seems to speak to the actual online inattention and invisibility given to the majority of men. According to this, even the (and I hate this phrase) "Plainest Jane" will catch at least some attention, but males who don't fit the standard and classic definitions of attractiveness receive none.

That is so sad.

As women, we have such a strange and unavoidable relationship with our bodies and the way those bodies are presented and accepted in the world. It colors every moment of our lives from birth to death. It's impossible for us to think about what it would be like to have that relationship seem invisible or denied.

Personally, I'm always a little wary of being told that I'm attractive. Like most women, I have that odd relationship with my body--knowing that while some men and women will find it attractive and appealing, I'll never, ever be completely happy with it, will never be quite at ease with it.

Being plus-sized, small-chested, short-limbed, and of color, I've grown up with the fact that I will never be what fashion and society considers standard and classically beautiful. There will always be people for whom I am always and already not their cup of tea. And, short of drastic, expensive, and damned near impossible means, there is nothing I can do to change it.

But, I also know that even if, in any given room with any given group of people, I will likely never be the most attractive person, I will also just as likely not be the least. What can I say? Sometimes, that thought is the only thing that keeps me sane.

But, to seem so invisible, as the posters seem to be... I can't even conceive of it.

It led me to post my own query (apologies to those who don't have a FetLife account) about how men can feel make themselves feel sexy. From the responses, yes, it is such a different experience from that of a woman's.

So, to all the sexy, attractive, gorgeous men in my life, I see you.
Posted by Sonni de Soto at 1:13 PM